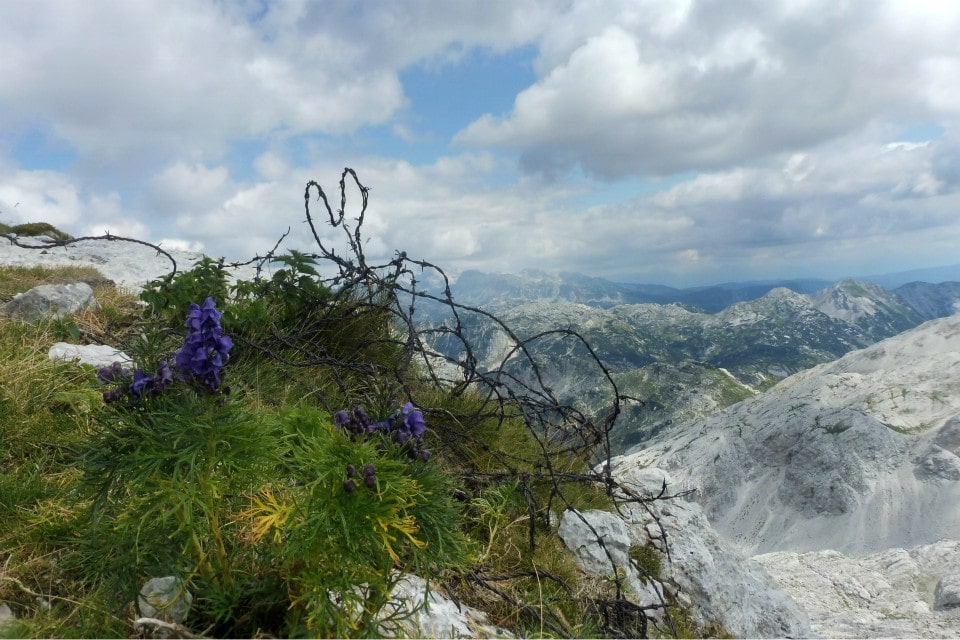 Most tourists associate the Soča Valley with exciting outdoor activities, and rightly so. Skiing at Kanin; climbing peaks everywhere; zip-lining; white water rafting and canyoning – there are numerous pursuits to keep even the most adventurous occupied. However, the Soča Valley also hosts an abundance of history, forming the Isonzo (Italian name for Soča) Front.

During World War One (WW1), Italians fought Austro-Hungarians in one of the bloodiest battles in European history. The past remains strikingly visible in the surrounding landscape. 100 years on and artillery, barbed wire and trenches lie surprisingly intact in extreme mountain locations.

Overview of History in the Soča Valley

Prior to the WW1, what is now Slovenia was part of the Austro-Hungarian Empire. When fighting commenced, Slovenia fought alongside Germany against the Allied forces of Britain, France and Russia. In May 1915, Italy, which had previously remained neutral, entered the war with the Allies, declaring war on Austria-Hungary.

In exchange for support, the Allies promised the Italians land to the north of Italy from Austria-Hungary. The border between Italy and Austria-Hungary was extremely mountainous, and the Soča Valley was identified as the most feasible place to launch an offensive. This beautiful area was therefore turned into a 90km battle front. It was to see almost continuous combat and a huge death toll, particularly for the Italian side. 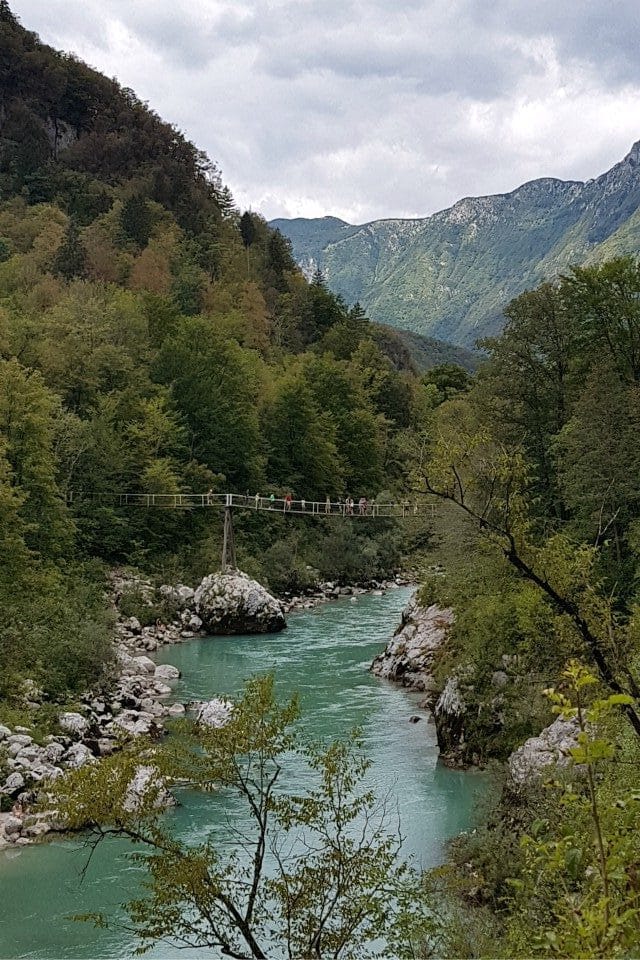 Over the next two years, eleven inconclusive battles raged between the two armies in a trench warfare stalemate. The mountainous geography created huge challenges, especially for the Italians, who were attacking. Much of the fighting took place on and around the summit of Mount Krn. In some places, the opposing trenches were merely metres apart from one another. This, combined with altitudes above 2,000m, meant that the fighting men struggled in dreadful conditions and with limited supplies.

Austro-Hungarian Victory on the Isonzo Front

The Twelfth Battle of Isonzo in late 1917 (also known as the Battle of Kobarid) was the final battle on the Isonzo front and a decisive Austro-Hungarian victory. Supported by German soldiers and using infiltration tactics and newly designed machine guns, they broke the Italian line, pushing it back to well inside the Italian border. Regarded by many as “the greatest Italian military defeat in history”, it resulted in huge loss of life and shifted the fighting away from the Soča region. 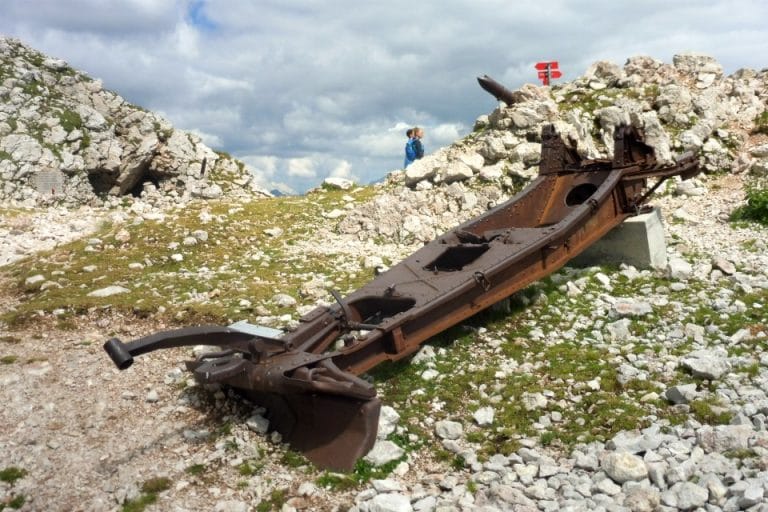 Eventually, Austria-Hungary was defeated at the Battle of Vittorio Venetto. This defeat marked the end of the war on the Italian front and the dissolution of the Austro-Hungarian Empire. With the signing of the Treaty of Rapello in 1920, Italy claimed the Soča area, and other parts of Slovenia. That is until the Second World War once again redrew borders…

Echoes of the Past

Slovenia’s WW1 history can be re-visited in the landscape of the Soča Valley. We recommend visiting a number of cultural sites, which provide a stark reminder about the devastating effects of war.

This small museum, located in Kobarid, contains engaging exhibitions which highlight the harsh realities of the Izonso Front. A visit starts with a short film in several languages. This provides an overview of the history, allowing you to make the most of the other exhibitions. The large topographical map in the “Krn Room” was a personal favourite. This shows the location of battles and the front line, which cut through mountains above 2,000m. 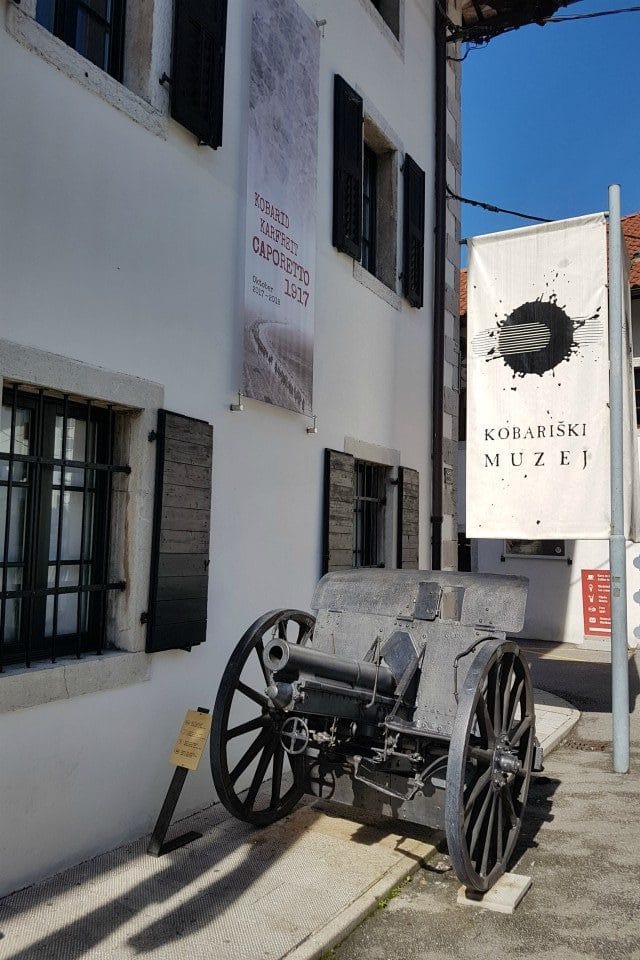 The Walk of Peace (Pot Miru) preserves and honours the WW1 remains in the region. The 320km trail through Italy and Slovenia passes all of the major battle sites and many museums in the region. Taking around fifteen days to complete in full, the walk offers a way to discover history whilst appreciating the landscape and testing yourself physically. You can also choose individual sections of the walk to complete, depending on your interest. Some sections focus more on war remains on the mountains, others on museums and war memorials.

Italy suffered half of their total WW1 death toll in the Soča valley – around 300,000 of their troops died here. 7,000 of the dead are interred at the Italian Military Ossuary (Charnel House) in Kobarid. Opened in 1938 by Benito Mussolini, the memorial is reached via a winding road up from the village. You can drive, or walk up from the town square in about 10 minutes.

The centre of the memorial is a small chapel, surrounded by walls and staircases bearing the names of the identifiable soldiers buried there. Architecturally interesting and extremely poignant, the site offers views down to Kobarid and of the surrounding area, allowing reflection on the past and providing tribute to the men who fought there.

If you prefer mountains to museums, there are still plenty of opportunities to experience this history. We highly recommend climbing Krn and Batognica in a circular walk. There are multiple routes, but the easiest day walk starts at Krn Village (880m). From there, you zig-zag up the more gentle southern slopes of Krn. Enjoy fabulous views over the Soča and as far as the Adriatic Sea on a clear day. There is a mountain hut just below Krn summit where you can buy food and drinks in the summer months. From the summit (2,244m) you can take in expansive views of the Julian Alps and its dramatic geography. 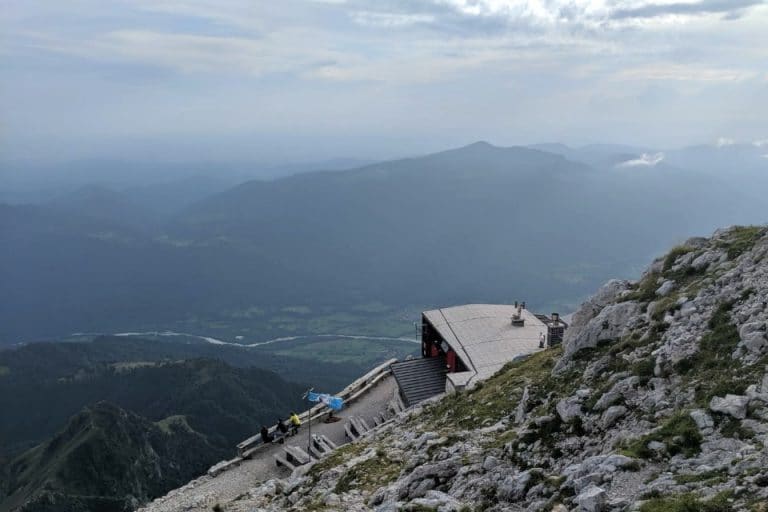 Heading east brings you to the Batognica saddle, strewn with the remains of WW1 Howitzer guns. The ascent to the summit of Batognica is up a precipitous staircase carved into the rock. The remains of the war are still very visible, with barbed wire, pieces of artillery and tunnels easy to spot. Close to the summit is a crater formed by the explosion of an artillery store. 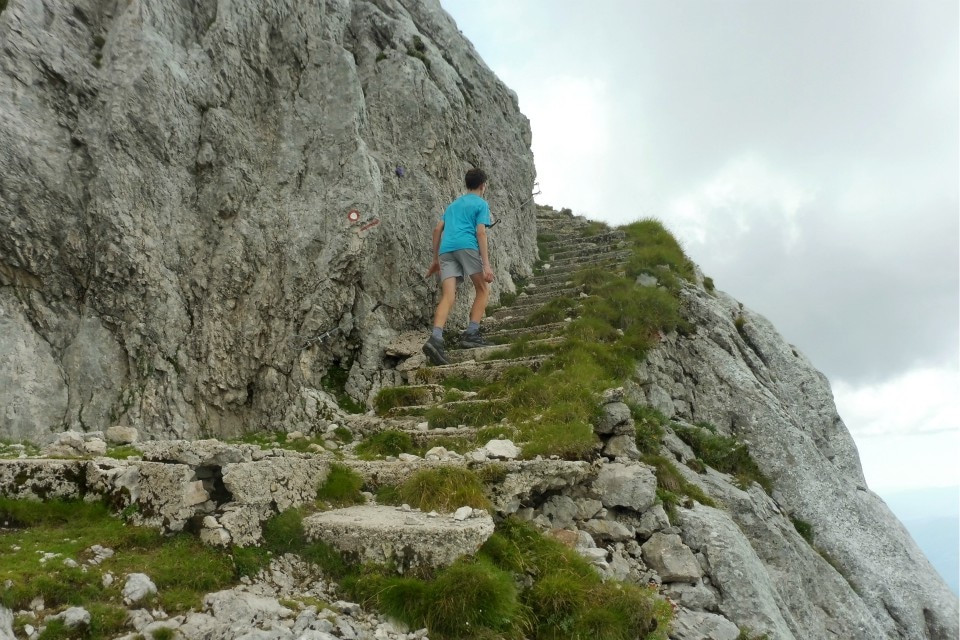 It is hard to believe that the mountain summits were essentially the front line. Austro-Hungarian troops were on the eastern part of the mountain (the Bohinj side) and Italian troops on the western part.

From Batognica, either descend the way you came or make a round trip descending through a valley to the south. 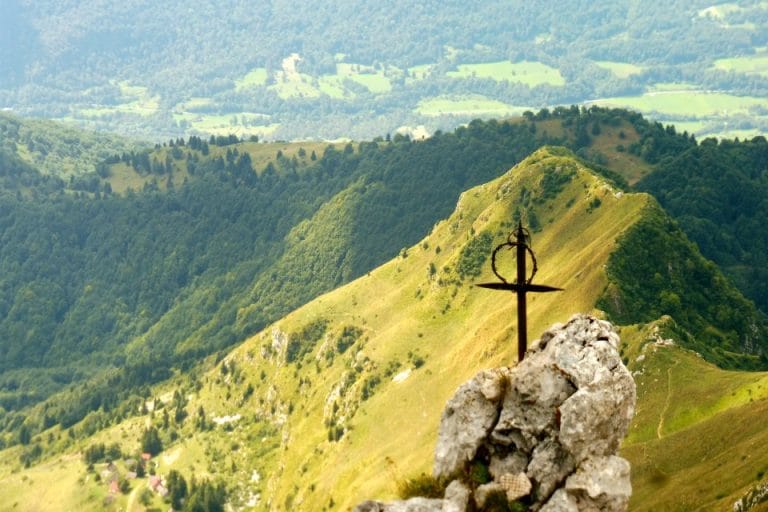 From Lake Bohinj, you can access the Soča Valley either from the North via Kranjska Gora and Vršič Pass, or from the South, taking the car train to Most Na Soči.

If you’re feeling more adventurous, you can also hike there. This takes at least two days there-and-back, and requires good fitness and overnighting in huts. The route starts from Ukanc at the west end of Lake Bohinj. Walk up and over the Komna Plateau, down to Krn Lake, and up to the summit of Krn. You can stay at the hut on the summit, before returning via different paths. This route was actually part of the Austro-Hungarian supply chain during the war. Old buildings, most of which are now deserted, are visible along the way. This includes Koča pod Bogatinom, now a lovely mountain hut, which was a military hospital during the First World War.

We hope you have enjoyed discovering more about the history of the Soča Valley. The sites are a very poignant reminder of the human cost of warfare, and the importance of preserving peace.

We use cookies on our website to give you the most relevant experience by remembering your preferences and repeat visits. By clicking “Accept All”, you consent to the use of ALL the cookies. However, you may visit "Cookie Settings" to provide a controlled consent.
Cookie SettingsAccept All
Manage consent

This website uses cookies to improve your experience while you navigate through the website. Out of these, the cookies that are categorized as necessary are stored on your browser as they are essential for the working of basic functionalities of the website. We also use third-party cookies that help us analyze and understand how you use this website. These cookies will be stored in your browser only with your consent. You also have the option to opt-out of these cookies. But opting out of some of these cookies may affect your browsing experience.
Necessary Always Enabled
Necessary cookies are absolutely essential for the website to function properly. These cookies ensure basic functionalities and security features of the website, anonymously.
Functional
Functional cookies help to perform certain functionalities like sharing the content of the website on social media platforms, collect feedbacks, and other third-party features.
Performance
Performance cookies are used to understand and analyze the key performance indexes of the website which helps in delivering a better user experience for the visitors.
Analytics
Analytical cookies are used to understand how visitors interact with the website. These cookies help provide information on metrics the number of visitors, bounce rate, traffic source, etc.
Advertisement
Advertisement cookies are used to provide visitors with relevant ads and marketing campaigns. These cookies track visitors across websites and collect information to provide customized ads.
Others
Other uncategorized cookies are those that are being analyzed and have not been classified into a category as yet.
SAVE & ACCEPT
Powered by

Share this ArticleLike this article? Email it to a friend!
Email sent!